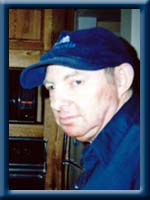 Born in Milton, he was a son of the late Ralph and Kathleen (Whynot) Boutilier.

At the age of 2, Richard was struck down with polio, one of the first diagnosed cases in Queens County. The disease cost him his hearing, his ability to speak and left him partially paralyzed. This did not stop Richard from enjoying life. He loved baseball, and in his younger days, he often served as batboy for the local teams. He loved comic books, view masters and drawing. He was rarely sad or angry. Even though he had a number of disabilities, his greatest ability was he knew how to be happy and satisfied with everything he had. After the death of his parents, he was able to remain in his homestead under the outstanding care of his devoted brother, Wayne, for the past 23 years.

He was predeceased by his sister Shirley (Boutilier) MacAdam and nephew Michael Boutilier.

Cremation has taken place under the direction of Chandlers’ Funeral Home, Liverpool where funeral service will be held Thursday, January 24th, 2013 at 11:00 a.m.  Burial will be at a later date. No flowers by request, donations may be made to Queens General Hospital Foundation. Online condolences may be made to www.chandlersfuneral.com.

Offer Condolence for the family of Boutilier; Richard Ralph