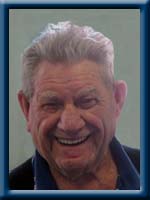 Born in Liverpool, he was a son of the late Harold and Rhona (Whynot) Borden.

Kenny loved baseball and swimming in his younger years and enjoyed helping family, friends and neighbours with odd jobs. He was a member of the Special Olympics and won several awards. He was a  member of Queens Home for Supported Living for thirty years.

He was predeceased by his sister Edith Sarty and brothers George and Robert.

Cremation has taken place under the direction of Chandlers’ Funeral Home, Liverpool where visitation will be held Thursday, February 14th, 2013 from 7 until 9 p.m. and funeral service will be Friday, February 15th, 2013 at 11:00 a.m. Burial will be in Milton Community Cemetery. In lieu of flowers, donations may be made to Hillsview Acres, Middlefield. Online condolences may be made to www.chandlersfuneral.com

Offer Condolence for the family of Borden; Kenneth Allison