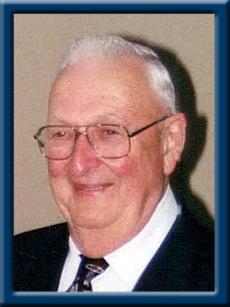 BOLAND – Linkard William
With saddest and heaviest of hearts, we announce the passing of Linkard William Boland, 88, of Mersey Point, Queens County, on Monday, January 2, 2017 in Queens General Hospital, Liverpool.
Born in Bangs Falls, Queens County on October 3, 1928, he was a son of the late Roger and Hazel (Laybolt) Boland.
Linkard retired in 1991 after 20 years with the Nova Scotia Department of Transportation. He was service station manager with T&C Pontiac and a driver for Atlantic Transport. His favorite pastime was building model fishing boats and travelling with his wife, Betty, to British Columbia. He will be remembered as a loving husband, father and grandfather.
Linkard will be forever loved and remembered by his loving wife of 69 years, Betty (Goodwin); his daughter Nancy (Leonard) Grant of Brooklyn; his son Robert (Mary) of Mersey Point and his seven grandchildren, eleven great grandchildren and two great great grandchildren.
He was predeceased by his daughter Barbara Jollimore; his sisters Ruth Walsh, Jean Uhlman, Belva Brown and his brothers Grover and Harley.
Cremation has taken place under the direction of Chandlers’ Funeral Home, Liverpool where visitation will be held Thursday, January 5, 2017 from 7 until 9 p.m. and funeral service will be held Friday, January 6, 2017 at 11:00 a.m. Reception to follow. A private family burial will take place at a later time. Family flowers only, donations may be made to the Queens General Hospital foundation, the Alzheimer’s Society of Nova Scotia or to a charity of your choice. Online condolences may be made to www.chandlersfuneral.com

Offer Condolence for the family of Boland; Linkard William