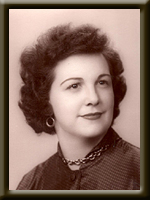 She is survived by her daughter Patricia (Burns) Whynot. Grandchildren Aaron (Janet) of Toronto, ON; Kristen (Luis) Barcalar, Mexico; Paige of Liverpool. She will be greatly missed by her best friends Shirley Mijal of Florida and Alice Dean of Chelsea, Mass.

Cremation has taken place under the direction of Chandlers’ Funeral Home, Liverpool. Interment will be at a later date in Mount Auburn Cemetery, Cambridge, Mass. Donations may be made to the Canadian Cancer Society. Online condolences may be made to www.chandlersfuneral.com

Offer Condolence for the family of Burns; Laura Belle