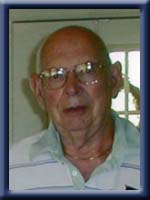 Born in Port Alfred, Quebec, he was the son of the late Roy and Eileen (Arsenault) Blackbird.

Ernie was employed as a paper maker for over 40 years at the Bowater Mersey Paper Company, retiring in 1987. During his time there he was very active in the Paperworkers Union, serving as an officer for many years . He was a former member of the Mersey Bowater Band. The only thing that could surpass Ernie’s love of the outdoors was the love he had for his beloved animals.

He was predeceased by a sister Evelyn.

Cremation has taken place under the direction of Chandlers Funeral Home, Liverpool. There will be no Funeral Service as of Ernie’s request. Donations may be made to the Health Services Foundation of the South Shore or to the S.H.A.I.D. Tree Animal Shelter. Online condolences to the family may be made at www.chandlersfuneral.com

Offer Condolence for the family of Blackbird; Ernest “Ernie” Roy