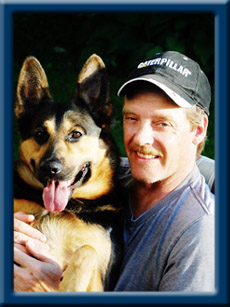 It is with great sadness that we announce the passing of our beloved father and grandfather, Gregory George Balcom on Wednesday, February 12, 2020.
Greg was born April 9, 1962 in Liverpool to the late Robert and Rachel (Thistle) Balcom.
Greg worked for the South Shore Regional School Board for the past 29 years where he met and worked with so many amazing people. Greg loved the outdoors and being close to nature. You could often find him kayaking up the lake or casting his fishing line waiting for the next big catch. Anyone who knew our dad would know his love for hockey. Greg was a huge Montreal Canadiens fan and would challenge anyone who thought differently. Greg was a goal tender from an early age playing at various levels. After his hockey career, he took up ball hockey and was honoured to be part of “The Wings” ball team. Later he was a volunteer for Queens County Minor Hockey and was proud to follow his son from rink to rink.
Greg is survived by his children Leanne (Lucas) of Liverpool, Andrew (Jamie) of Eastern Passage. Stepchildren Ashley (Nick) Fisher of Liverpool, Brandon Fisher. Grandson Silas and step- grandsons Avery and Jackson. His siblings Jerry (Cathy) Balcom, Alberta; Sharon Batchalor of Milton, Dianne (Gerald) Hanley of Milton; Gail Balcom of BC; Beverly Balcom of Cape Breton and his fur baby Chaos.
Besides his parents, Greg was predeceased by his brother Robert “Bobby” Balcom, his sister Anna Mosher and his beloved best friend “Boo”.
Cremation has taken place under the direction of Chandlers’ Funeral Home, Liverpool, where a celebration of Greg’s life will be held on Friday, February 21, 2020 from 2:00 p.m. until 4:00 p.m. with prayer service at 3:30 p.m. Donations may be made to S.H.A.I.D. Animal Shelter or to Queens Minor Hockey Association. Online condolences may be made to www.chandlersfuneral.com.

Offer Condolence for the family of Balcom; Gregory George