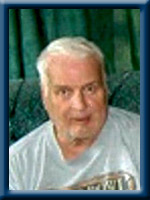 Born in Liverpool, he was a son of the late William and Edith (Orme) Baker Sr.

William was a foreman for the former New System Laundry for many years before moving on to the parts department at Cole Ford Sales in Sandy Cove where he retired in 2004. He was an avid softball player in his younger years and a fan of the Boston Red Sox, the Boston Bruins and the New England Patriots.

He is survived by his wife Sheila (Jollimore), his daughter Crystal (Calvin) Brannen of White Point, his granddaughter Erin Spinney of Saskatoon and his sister Marjorie “Marnie” (Allen) Hatt of Liverpool.

He was predeceased by his infant sister Sherry, his sisters Donna MacNutt and Janice Rafuse, his half-sister Rita Hunt and his brother John “Jackie”.

Cremation has taken place under the direction of Chandlers’ Funeral Home, Liverpool. A private family burial will take place at a later date. No flowers by request, donations may be made to the Queens Manor Palliative Care Unit or the IWK Neo-Natal Unit. Online condolences may be made to www.chandlersfuneral.com

Offer Condolence for the family of Baker; William Dennis