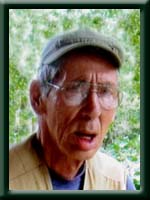 BAKER – Donald Edwin,  70, of Caledonia, Queens County, passed away peacefully with his family by his side on Monday, January 30th, 2012 in South Shore Regional Hospital, Bridgewater.

Born in North Brookfield, he was  a son of the late Ranald and Modena (Frail) Baker.

Don was a salesman for Riverport Seafoods and sales manager for Bay of Fundy Service CP. He, along with his brother John, ran a garage for four years until his retirement in 1982 due to poor health. Don will be fondly remembered travelling around Caledonia in his wheelchair accompanied by his dog Scamp. He enjoyed reading and the outdoors.

He is survived by his wife of 49 years and best friend, Shirley (Brown); his son Paul (Tracy) of Caledonia and his cherished grand daughter Robyn. His sisters Sandra Rowter of Liverpool, Jennifer Goodwin of Lower Sackville. His brothers Allen of Liverpool and Jamie (Cheryl) of Tantallon.

He was predeceased by his brother John.

Cremation has taken place under the direction of Chandlers’ Funeral Home, Liverpool. A graveside memorial service will be held Sunday, February 5th, 2012 at 1:00 p.m. in Highland View Cemetery, Caledonia. A reception will follow in the Caledonia Fire Hall. No flowers by request, donations may be made to the Muscular Dystrophy Association of Nova Scotia. Online condolences may be made to www.chandlersfuneral.com

Offer Condolence for the family of Baker; Donald Edwin