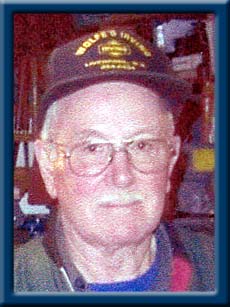 BAKER – Chester S., 92, of Brooklyn, Queens County, passed away peacefully in Queens Manor, Liverpool on Sunday, June 11, 2017 with his family by his side.
Born in Brooklyn, he was a son of the late Walter and Doris (Meisner) Baker.
Chester was a veteran of the second World War serving overseas as a craftsman with the Royal Canadian Electrical Mechanical Engineers in the United Kingdom and continental Europe. Following the war, he was employed with Bowater Mersey Paper Company Limited for 45 years and retired as construction foreman. Chester was a multi-talented craftsman who loved spending time in his workshop. He enjoyed camping, baseball, wrestling and smoking his pipe. He would help anyone who needed it. He loved to spend time with his family especially his great granddaughter Sophia.
He is survived by his sons Barry of Windsor and Larry (Fran) of Mill Village. His grandson Steven (Elena Keeping) of Sackville and his great granddaughter Sophia Baker. His sister Helena Soule of Victoria, BC.
He was predeceased by his wife “Honey” and his sisters Jessie Randall, Alethia Whynot, Sylvia Legge and his brother Valtan.
Cremation has taken place under the direction of Chandlers’ Funeral Home, Liverpool. At Chester’s request, there will be no funeral service. No flowers, donations may be made to the Queens SPCA or to a charity of your choice. Online condolences may be made to www.chandlersfuneral.com

Offer Condolence for the family of Baker; Chester Stephen