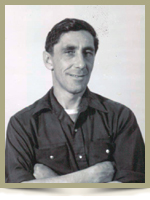 It is with great sorrow we announce the passing of our brother Allen Glenwood Baker on December 25, 2013 at Queens Manor, Liverpool, NS.

Allen was born on August 25, 1937 in North Brookfield, NS, and was a son of the late Ranald and Modena (Frail) Baker.

Early in his career he was a logger for Rayworth and Mullens in various locations in Queens County. He continued his career in the woods with the Mersey Paper Company where he used horses to haul logs and brought the last log drive before machines were put in use. In 1962 Allen went to work for the Monsanto Company in Woodbridge, ON. He returned to Nova Scotia in 1971 and began working for Acadia Gas Engines, an ABCO company. in Bridgewater where he worked in engine parts and stock room until 1984 when the company became ABCO Industries. A short time later, he moved to Lunenburg where he completed his career as a stockroom supervisor at ABCO. He retired in 2001 with 28 years of service. Allen enjoyed hunting, fishing, and long, long walks in the woods as anyone who accompanied him will agree. He loved gardening and nurtured a large rhubarb patch that many in the community enjoyed. He was an avid reader and particularly enjoyed Zane Grey western novels and Canadian history books.

Cremation has been entrusted to Chandlers Funeral Home, Liverpool, with a memorial service and interment to be held at a later date. No flowers by request. Donations may be made to Queens County Fish and Game Association. Online condolences may be made to the family at www.chandlersfuneral.com

Offer Condolence for the family of Baker; Allen Glenwood