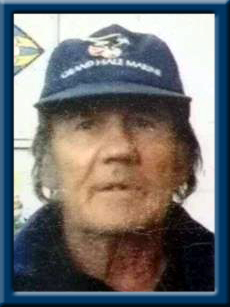 It is with deep sadness that the friends of Roger Melborne Bailey (Mar.2, 1937 – Jan. 18, 2019) of Boston Bar, British Columbia, share with you the passing of their dear friend.
Roger passed away peacefully at Fraser Canyon Hospital in Hope British Columbia of heart failure; he also battled other health issues such as polio and depended on his scooter to get around.
Roger was born as Harry Melborne Nowe. He left Nova Scotia in his younger years and traveled throughout the United States and Canada, eventually making his home in Boston Bar, British Columbia.
Harry lost all contact with his family and changed his name in 1971 to Roger. Roger is survived by his four special friends Marie and Bruce Boldt of Boston Bar, BC as well as his best friend Patrick and Sheila Bowles, Boston Bar, BC. Roger is also survived by his brothers Carl Nowe, Danesville NS, Vincent Nowe, Milton, NS, and Milford Nowe Liverpool ,NS. Sisters Alice Murphy, Prince Edward Island, Mildred Whynot, Liverpool NS and also Frances Whynot (twin sister to Frank Nowe), Liverpool NS, Roger also has many nieces and nephews.
He is predeceased by his mother Hilda Irene (Weagle) Nowe, father Roscoe Melbourne Nowe, brothers Leo Nowe, Frank Nowe and sisters Hazel Mason and infant sister Shirley.
Cremation has taken place and a private family graveside memorial will be held at a later date in Trinity Anglican Cemetery. Reverend Judy Cross officiating. Online condolences may be made to www.chandlersfuneral.com.

Offer Condolence for the family of Bailey; Roger Melbourne