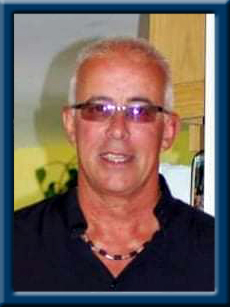 Click here to watch Ron’s service
It is with heavy hearts the family of Ronald Alan Anthony, 65 of Milton, Queens County, announce his passing on September 21, 2021 at Queens General Hospital in Liverpool, NS. He was surrounded by his loving wife and best friend of 46 years as well as his two daughters at the time of his passing.
Born in Liverpool, Ron was the youngest son of the late Thomas and Irene (Jollimore) Anthony and was a successful business owner for 40+ years. Most people came to know him as the “Chain Saw man” despite running not only Ron’s Chain Saws Sales & Service Ltd. but also Ron’s Trophy & Sign Shop with Rose and his eldest daughter, Liza, for many years.
Ron was known to his family as someone they could go to for advice, wisdom and problem solving. He taught with a purpose not only to his family but to his sons in law and others that were lucky enough to be able to learn from him over the years. He was a loving and caring husband, Grampi, Papa, brother and son who loved a laugh and a good game of washers with family and friends with his sole purpose of beating Jeff and Larry, a family friend, which he usually did. He always looked forward to Christmas since it is Rose’s favorite, especially the traditional gatherings at Cecil and Vicki’s and at home on Christmas Eve with his granddaughters.
He loved to travel, especially down south in earlier years and spent quite a few vacations in the Dominican which was his favorite of all.  He enjoyed playing and watching basketball especially the Toronto Raptors, hockey, volleyball with his oldest daughter and especially curling which he spent traveling to bonspiels with his youngest daughter, even meeting his favorite of all, Kevin Martin. He was a man with many talents including building, renovating and helping bring Rose’s many garden and landscaping visions to life. He was a prior director with the Milton Community Association in earlier years where he organized a Mens Volleyball league for an extended length of time as well as multiple tournaments and was a former member of the Liverpool Curling Club.
Ron is survived by his wife, Rosetta (Rose), daughters Liza (Jeffery) Zwicker of Brooklyn and Melissa (Darcie) Foley of Milton; his four granddaughters, Taya, Kealey, Amelia and Gabi; sister Gail (Harry) Gardner of Kentville.
Ron was predeceased by his parents as well as his brother Wayne and a sibling in infancy.
Cremation has taken place under the direction of Chandler’s Funeral Home, Liverpool, NS where a celebration of Ron’s life will take place on Sunday evening, September 26, 2021 at 6 – 8 pm. As per Ron’s request, his brother in law, Rev. Dr. Harry Gardner, will speak during that time. No flowers by request. Please make donations to Milton Christian Church or the Universally Designed Play Park, a place that will be enjoyed by his granddaughters. Online condolences may be made at www.chandlersfuneral.com.
The family would like to extend a heartfelt thank you to the many doctors and nurses of Queens General Hospital as well as his family physician, Dr. Gary Ernest, for the care received during his illness as well as the special cafeteria staff that Ron enjoyed seeing every day.

Offer Condolence for the family of Anthony; Ronald Alan