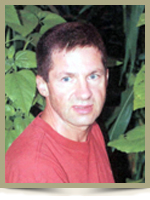 Allison, David Gerald 52, of Port Mouton, Queens County, passed away on Saturday, October 4th, 2014, in the Queens General Hospital, Liverpool.
Born in Liverpool, he was a son of the late David Orville and Sharon Gail (Colp) Allison.
He was an Industrial Mechanic and was employed at Nova Scotia Power. He was happiest when spending time with his loving family. David could never keep still and he enjoyed always having a project on the go around the house that he was either fixing or building.
He is survived by his loving wife, Laura (Nickerson); daughter Adrienne, of Halifax; son, Josh, at home; sister, Rhonda, of Brooklyn; mother-in-law, Pernetta; sister-in-law, Karen (Mark); niece, Alyssa; nephews, Ethan and Riley.
He was predeceased by his father-in-law, Alfred.
Cremation has taken place under the direction of Chandlers’ Funeral Home, Liverpool. A private family service will be held at a later date. No flowers by request. Donations may be made to the family to be used for an education fund for David’s children. Online condolences may be made to the family at www.chandlersfuneral.com

Offer Condolence for the family of Allison; David Gerald