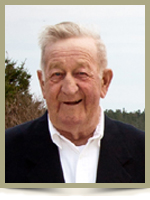 Born in Southwest Port Mouton, he was a son of the late Wilburt Ansel and Rita Doreen (Roy) Allison.

Burnell was a fisherman all his life. He enjoyed camping, hunting, playing cards, a good game of horse shoes and the occasional drink. He was well known for his sharp sense of humor.

He was predeceased by granddaughter, Eva; sisters, Gloria, Doris, Yvonne and Jeanie.

Visitation will be held on Friday, December 5th, 2014, from 7:00 – 9:00 p.m., and a Funeral Service will be held on Saturday, December 6th, at 11:00 a.m., all from Chandlers’ Funeral Home, Liverpool. Reverend Judy Cross officiating. Burial will be in Southwest Port Mouton Community Cemetery. Family flowers only. Donations may be made  to the Queens General Hospital  Foundation (Kidney Dialysis Unit). Online condolences may be made to the family at www.chandlersfuneral.com

Offer Condolence for the family of Allison; Burnell Joseph