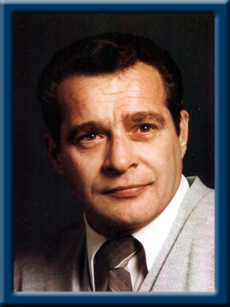 ALLEN – C. Gerald “Jerry” R., 81, of Liverpool, Queens County, passed away peacefully in Queens General Hospital on Wednesday, December 4, 2019.
Born in Toronto, ON, Jerry was a son of the late Charles and Dorothy (Harris) Allen.
Jerry served with the Royal Canadian Navy for five years stationed in Halifax. He later worked for the LCBO in Toronto where he became a manager. Jerry enjoyed playing golf with the “dirty dozen” in Toronto as well as here at White Point Golf Course. Jerry often said he felt “at home” here in Nova Scotia, especially in Liverpool. He enjoyed spending time with his family and friends as they were a big part of his life.
Jerry is survived by his wife of 60 years; Karin (Wessman) as well as his children; David (Maura Kirby) of Toronto; Wendy Allen of Liverpool; Shelley Allen (Jay Harper) of Toronto. His grandchildren Stephen and Alex Karavos; Jacqueline and Christopher Harper.
Besides his parents, Jerry was predeceased by his sisters Shirley, Joan and Diane and his brother Robert.
Cremation has taken place under the direction of Chandlers’ Funeral Home, Liverpool. A celebration of Jerry’s life will be held Thursday evening, December 12, 2019 from 7 until 9 p.m. with prayers being said at 8:00 p.m. A private family interment will take place at a later date. Family flowers only, donations may be made to Queens General Hospital Foundation or to the Nature Conservatory of Nova Scotia. Online condolences may be made to www.chandlersfuneral.com

Offer Condolence for the family of Allen; C. Gerald “Jerry”