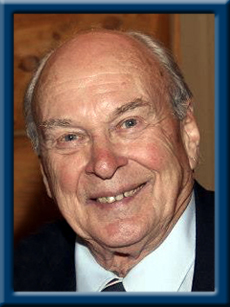 He is also survived by son Stephen Conrad, and daughter Susan Tyas from a former marriage, and several grandchildren and great-grandchildren.

John was predeceased by his parents, James and Eleanor (Reichrath) Adams, and sister Joyce Agostinonie.

Born in Verdun, Quebec, John served in the Royal Canadian Navy as a Leading Seaman Bosun 2, after which he was honourably discharged. Professional woodworking became his career, and his custom built furniture, unique pieces, and hand carved gold leaf signs, borne of a natural talent, can be found in homes and businesses across the globe.

A hard working and loving husband and father, gifted musician, and master craftsman, John lived life to the fullest, always willing to help anyone in need, and always with genuine kindness. He touched countless lives with his story telling, humour, and wisdom, often lifting the spirits of a troubled soul who needed kind words and encouragement.

Boating was also one of John’s passions. Once a member of the Armdale Yacht Club, he loved adventures at sea with family and friends. An avid reader, his knowledge was far reaching. He loved crossword puzzles, and spending time in his vast workshop creating beautiful pieces.

John’s legacy is his music, and he lived and breathed its universal language until his final moment on earth. Tumbleweed gained notoriety as they traveled Nova Scotia, performing their unique catalogue of songs that brought joy to everyone. Audiences enjoyed John’s charisma, humour, and boundless energy as he showcased his amazing talent on guitar, and his sweet vocal harmonies.

The family wishes to express gratitude to Camp Hill Veterans Memorial Hospital staff for their devotion to John, a man they described as “very kind.”

A private service will be held on Thursday, June 24, 2021, at 2:00 p.m., from Chandler’s Funeral Home in Liverpool. Private interment to follow at Peaceful Hill Cemetery in Port Mouton. In John’s memory, donations may be made to the Port Mouton United Baptist Church. Online condolences may be made to www.chandlersfuneral.com

Offer Condolence for the family of Adams; John Andrew