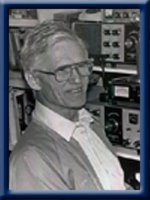 ACKERMANN – Hendrik Rudolph, 93, of Port Mouton, Queens County, passed away peacefully in Queens Manor, Liverpool on Monday, October 31, 2016.
Born in Uniondale, South Africa, he was a son of the late Helgaard and Annamarie (Davis) Ackermann.
Hendrik was an apprentice bricklayer in 1941 when he volunteered for the Army and did three months training for the signal corps. While on leave, he was reported for having joined up while still an apprentice and was forced to leave the army.
A month later, Hendrik enlisted in the navy, and, this time, was not caught. He served with the Royal Navy Volunteer Reserve (RNVR) South Africa Division during World War II. He saw action in the Mediterranean, the North Atlantic and off Madagascar while serving as a telegrapher. He was promoted to Petty Officer (Telegrapher) just as the war ended and never received his new uniform! Hendrik spent time in Africa and the U.K. working both as a bricklayer and a radio operator before immigrating to Canada in 1954. He was able to continue bricklaying in Ontario and Nova Scotia and returned to radio operating ending his career as Radio Officer with the Canadian Coast Guard Service at the age of 66. .
Hendrik is survived by his wife of nearly 60 years Daphne (Crocker); his sons Paul (Alba Barbieri) of Brampton, ON; Kurt (Naoko) of Sapporo, Japan; his grandchildren Sean and Leah of Sapporo, Japan and his brother Hercules “Johnny”.
Hendrik was predeceased by his sisters Betty, Nellie and Anna.
Cremation has taken place under the direction of Chandlers’ Funeral Home, Liverpool, NS. Visitation will be held Monday, November 14, 2016 from 10 until 11 a.m. with a Legion memorial service being held at 11:00 a.m. immediately followed by a funeral service all in Chandlers’ Funeral Chapel. Reception to follow. A private family burial will take place at a later time. Family flowers only, donations may be made to the Queens Manor wellness Studio Fund. Online condolences may be made to www.chandlersfuneral.com

Offer Condolence for the family of Ackermann; Hendrik Rudolph