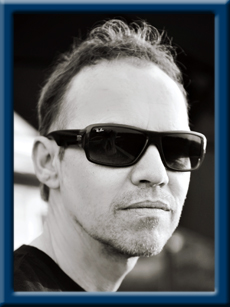 Our very much loved Ole Kristian Bertling passed away at age of 50, in Liverpool, N.S. on November 30th. He was born in Norway in 1967 to his parents Turid Bjørkum (Solna, Sweden) and Kristian Bertling (The Philippines), and after 2.5 years the family moved to Sweden where Ole spent his childhood together with his siblings Bjørn Tore Bertling, (died in 1986) and Bjørg Eli Bertling (Vestby, Norway).
Ole was a sailor and he loved the sea, and because of that he came to Liverpool in Nova Scotia where he met the love of his life Robyn Gaetz (now Bertling) in 1991. They married in 1992 and have been living in Beach Meadows, a place where Ole loved to live as living near the ocean was a necessary part of his soul. As a kid in Scandinavia, Ole very much enjoyed downhill skiing at wintertime and his fishing at summertime, and he always enjoyed reading as many books as possible growing a massive collection over the years. He also loved his summers in the north of Norway visiting his grandparents, and a special place in his heart had the island of Bjarkøy where he also wanted to have his final rest.
In 1981 his half brother Fredrik Bjørkum (Solna, Sweden) was born and later in life (1997)a half sister in the USA, Caroline Bertling (Greenville, South Carolina).
As his family in Scandinavia we are very happy that Ole had such a good life in Canada. He loved Robyn and her whole family so much and I know they loved him too. Especially Robyn’s parents Louise and Gerald who have been Ole’s parents as well. And that made it easier to have him so far away.
Ole spent the later part of his life challenging himself with books and gaming, science and discovery channels, and creating beautiful rope work and crafting things with his hands with meticulous detail. He left his mark on everything he touched. His home was his place of peace and his family his biggest source of pride. Ole had a huge laugh, an infectious smile and a twinkle in his eye that will never be forgotten. He taught us all about the appreciation of the smallest things in our every day lives and refused to let obstacles or challenges change his optimism and smile.
He will be so missed by both family and friends, but most by his wife Robyn and beloved dog Molly who rarely left his side. Ole’s life will be celebrated in the two places his heart remained – at sea here in Canada along with some close friends saying see you later and in Bjarkoy, Norway at a later date.

Offer Condolence for the family of Bertling; Ole Kristian